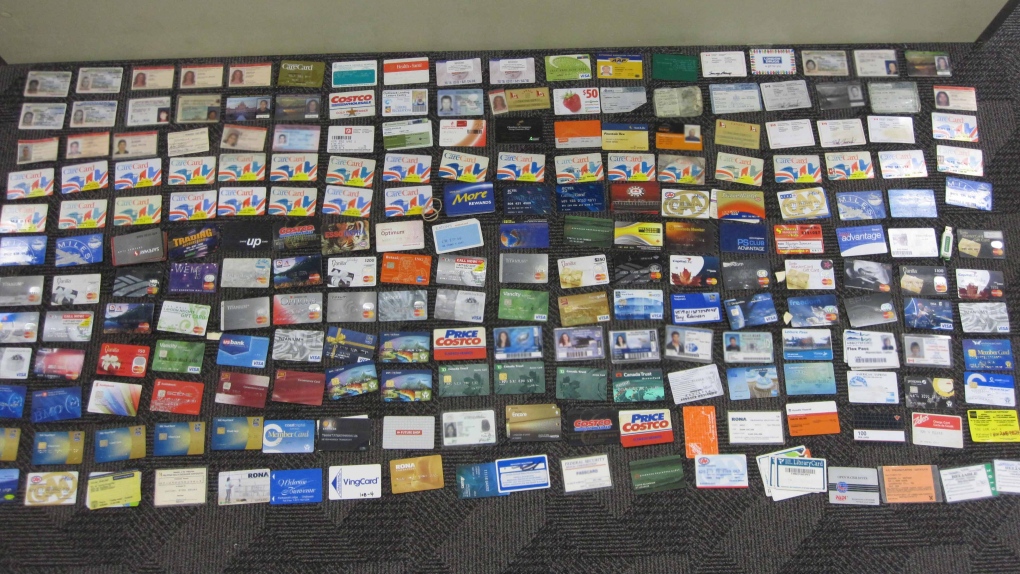 One woman has been charged with several counts of fraud after more than 1,000 stolen credit cards, personal identification cards and licences were seized from a Chilliwack, B.C. home on Sept. 19, police said.

Mounties said Dawn Robberstad, 40, of Chilliwack was arrested and charged with nine counts of fraud related offences and remains in custody.

RCMP executed a search warrant in relation to an ongoing fraud investigation and found the cards at a home in the 46300-block of Yale Road.

Cpl. Kurt Bosnell said the most disturbing thing was that police found card readers capable of reading and transferring the encrypted data stored on the magnetic stripe on credit cards.

"Hundreds of pages of credit card data and personal information were located as well as credit cards and identification modified so that the stolen credit cards could be used for fraudulent purchases," Bosnell said.